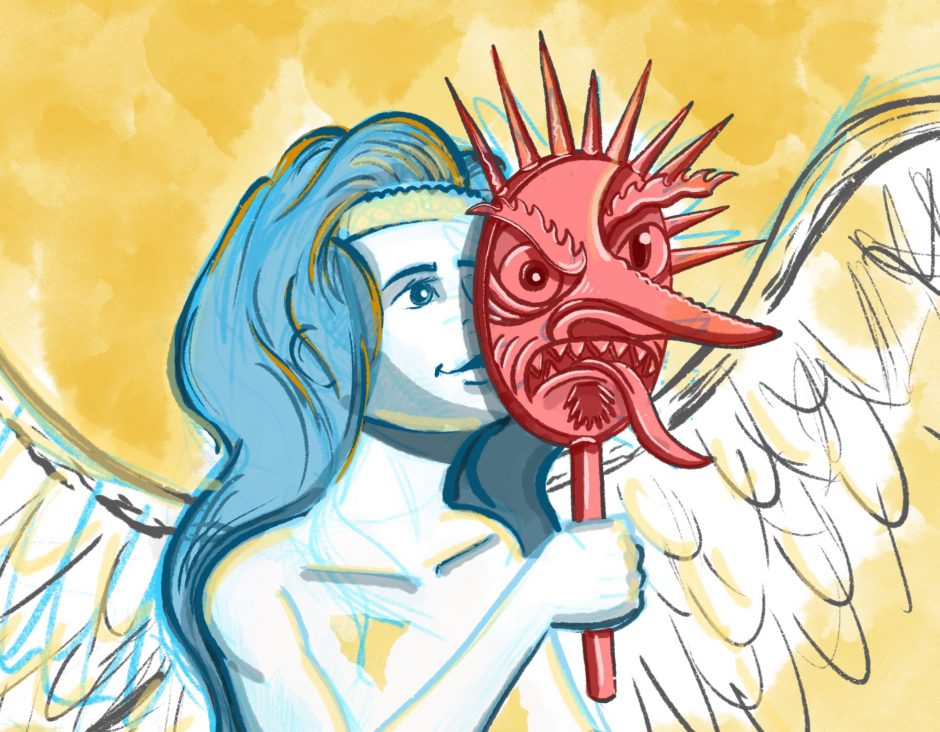 My name is Daniel Ackerman and I was recently diagnosed with Hodgkin’s Lymphoma. Here is my story:

In the peak of hitting my stride at work as a Creative Services Manager and Graphic Designer, I had to take an abrupt leave of absence and undergo surgery for (what I was told by my referring orthopedist ) a “life threatening” condition related to Thoracic Outlet Syndrome (TOS) at Johns Hopkins University Hospital. (Although not medically proven, I’m convinced it had something to do with flying through the air back in college). My expected recovery period was about 12 weeks, and then I was supposed to be good as new.

With surgery scheduled for a Monday morning in early November 2017, I tied up all my loose ends at work the Wednesday before and headed for my pre-operation (pre-op) meeting with the surgeon. During the pre-op, I was told by the surgeon, a different doctor than the referring orthopedist, that the surgery could wait until the spring. However, I was really done waiting for this problem to go away and needed it addressed as soon as possible. Since the surgery was already scheduled within a very tight window, I decided to get the show on the road.

The following Monday morning at 7:30am was the procedure. Upon waking up from the anesthesia I was told by the Nurses and Doctors that everything went very well! My first left rib was fully removed along with a segment of the scalene muscles that connected to that rib. Thankfully the rest of the day was incredibly relaxing. As far as I was concerned my parents and I would be heading out the next day at noon! 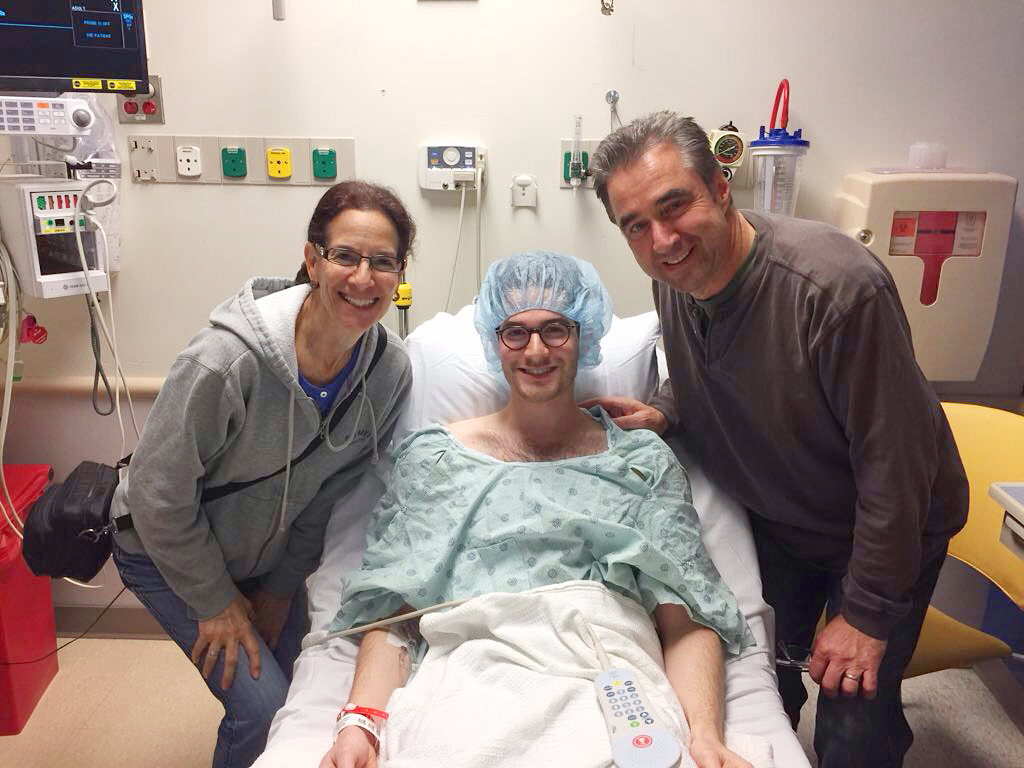 That evening I was woken up from a deep sleep by one of the evening doctors and told that they had “good news and bad news.” The good news was that the surgery went very well. The bad news was that they noticed that something did not look quite right in the middle of my chest – perhaps some extra tissue, but further test would need to be conducted that Tuesday morning. I didn’t think too much of it and fell back to sleep.

Tuesday morning my surgeon came in early and repeated the same sentiment from their findings on the post-op chest x-ray – good news bad news. I was completely unaware that they would even be doing any x-rays but I’m glad they did! While no one was sure what was there, I sensed something not great. Following this brief conversation I was taken for a CT scan and then wheeled back to my room.

Around the very same time we were supposed to be vacating the hospital at noon, Dr. Enumah, one of the doctors assigned to my care, shuffled in slowly and basically conveyed the following:

One mass on the left side of the chest between the heart and lungs and one on the right side near the trachea. Further testing needs to be conducted but it looks like some sort of Lymphoma – cancer.

While there was no definitive diagnosis, I completely zoned out when I heard that word. As they say in the movies, my life flashed right before my eyes. Moments later I broke down in tears and spent the rest of the day oscillating between deep introspection, worry, upset, and optimism within the unknown. As an observant Jew I strongly believe that everything happens for a reason and that all of these things are for the good. This however, was particularly challenging.

We were told that after getting home we should schedule for the other tests, which could have taken another 1-2 weeks to complete. My parents immediately snapped into action and moved mountains. In addition to non-stop praying on my part, my Dad was able to contact the hospital’s fundraising department and get the ball rolling with Oncology. Even with all of our hospital “connections,” there was still no guarantee that I would get in. Funny enough, my Dad used to donate a portion of the sales from his clothing line to cancer research. I happened to also design the logo for this brand called Lecare. It was my first professional logo design many years ago.

The next day, Wednesday morning, I was taken for the biopsy because of a last minute cancellation, and PET scan, because of an unexpected opening. The PET Scan results additionally showed some sort of activity with my bones and a slightly enlarged spleen. While we were told that even if I indeed had cancer, it didn’t necessarily mean the cancer had spread. Regardless, I really just couldn’t digest any more new findings. Since all testing was complete, we were finally discharged from the hospital Wednesday evening.

Before continuing, I think it’s important to mention two points in light of those tests. First, the hospital staff abruptly knocked on my door to take me for the biopsy while I was in the middle of reading Tehillim (Psalms). Second, as I was in the middle of processing Tzedakah (charity) online, my mom was also opening the door of our room to leave and grab coffee. As the door was opening, to our surprise as if right on cue, there were new hospital staff members entering to take me for the PET scan.

During those few days before receiving a diagnosis, I pondered on the notion that if Gd could gift me with great physical strength one day, and the next day take it away, leaving me in a hospital bed weak with a looming cancer diagnosis – then He can do anything he wants to in any given moment. Throughout my life so many of my prayers had been answered and so many had not. Whether positive or negative, things that used to worry and stress this classic Libra had suddenly evaporated from my brain. And then, there I was lying in a hospital bed with something to REALLY worry about. I thought to myself, “I’m only 27 years old. The story can’t be ending 27 minutes into the film!”

I thought of all different areas in my life and middot (Hebrew for character development) that I have been lax to work on and improve. I had always thought that these things simply take a lifetime to work on, but, given my current situation – now I might need to expedite the process!

At that point, there was an incredible wave of humbleness and serenity that overcame me. For one of the first times in my life I felt a true and genuine awe of Gd knowing that I was not in control. When I connected the seemingly perfectly orchestrated dots of how on earth I got to this point, I felt in my bones that this was no accident. It was bizarrely liberating and I was overwhelmed with a sense of resilience, newness, and closeness to my Creator by surrendering to the circumstances. Not to mention, the name of the doctor that shared the initial CT scan results – Dr. Enumah – is an anagram of the Hebrew word EMUNAH, meaning faith in Gd. Coincidence? Perhaps. But I really do not think so. Rather, I interpreted this as a clear sign that my perspective in life needed to be switched around so that my faith would be fortified.

That Friday before Shabbat, I received a call from the Johns Hopkins to inform me that the diagnosis was stage 2A Hodgkin’s Lymphoma, and the prognosis was fully curable. There was also nothing to worry about with my bones or spleen. I would soon start treatment at NYU Langone in NYC (which is, ironically, another cancer center that my Dad’s company donated to).

So If It’s Not an Accident, Then What’s the Point of All of This?

In Judaism there is a phrase called Hashgacha Pratis (divine providence). Looking back on how this scenario unfolded, it can’t be any clearer for me.

The referring orthopedist originally told me that my TOS condition had developed into a “life threatening” stage and surgery would be immediately required. The surgeon, a different doctor, actually said this condition could wait until the spring to be addressed. Needless to say this was a little annoying because I had already prepared to uproot my life for two months. Had I waited until the spring though, the real lurking life threat may have developed into something I’d rather not think about.

My Rabbi and Rosh Yeshiva of Orayta in the Old City of Jerusalem, Rabbi David Aaron, has a wonderful analogy that he shared in one of his classes. Rabbi Aaron asked the class, can you hear the Japanese music playing in the room right now? Predictably, all of us said no. He asked us again. We had the same answer – no. Rabbi Aaron responded that the radio frequencies are all around us. If we want to listen, we need to make the effort to turn the dial, find the right channel, and tune in.

By working to delicately tune in over the past few weeks, I’ve found myself listening to some of the most beautiful music. So, as I journey through this recovery process, I know that I can do so with an upbeat spirit, strength, and calm confidence that I’ve never truly experienced. I know that when my present challenge is conquered, I’ll be able to tap into this exact same energy to help guide me through life’s next chapters.

As this entry concludes, I hope that people reading and following my website become inspired to tune into the Hints in their own lives. May you be blessed to easily connect the dots to strengthen your own faith and live a life of serenity by knowing that Gd’s infinite kindness and greatness are with you every step of the way. 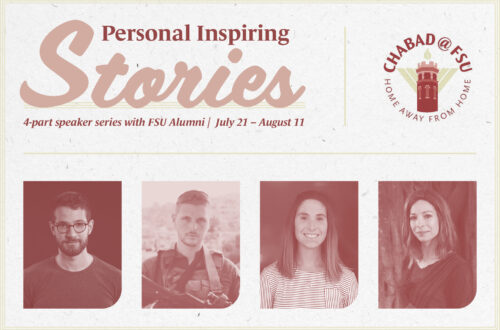 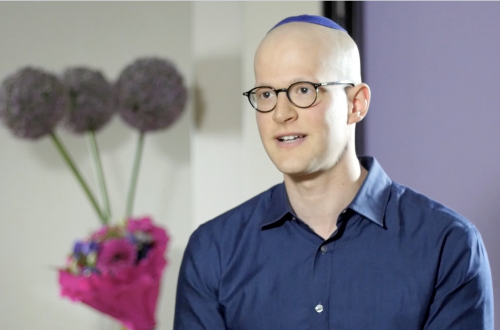 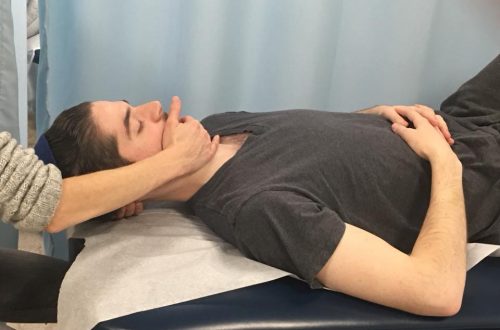 9 thoughts on “Blessing in Disguise”