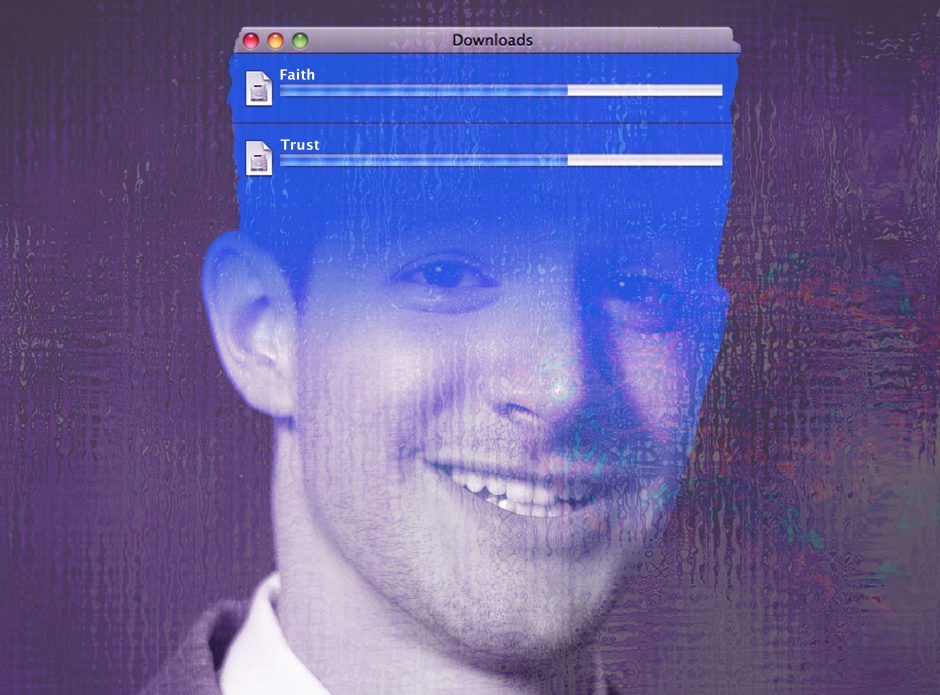 A few weeks ago I was responding to a friend who expressed the desire to grow in their Judaism. They shared, “I grew up secular also, and I’ve been trying to be more religious.” When I heard that, the word “religious” jumped out at me. It did not sit well.

Where is it all Coming From?

I’ve heard this word a lot recently because people have been associating “religious” with my approach through these cancer treatments. It makes sense superficially because I talk about “G-d” a lot, but that still misses the point. The word “religious” is such a buzz kill for me.

I don’t believe that a person’s goal should be to become more religious. As somebody who has experienced many religious struggles, I believe that going through the motions doesn’t necessarily make you a better person. Instead, I think one should focus on forming a stronger personal relationship with G-d, Hashem (Hebrew for G-d), The Universe, or whatever you want to call the greater spiritual power by recognizing it in every moment of our daily lives.

I’ve worked over the past three months to focus my energy on strengthening my emunah (Hebrew for faith) that there is a Creator with my ultimate good in mind. Additionally, I learned to have more bitachon (Hebrew for trust) by seeing how easily G-d has been taking care of everything for me plus so much more, even during a time that looks like absolute darkness. The appreciation for these gifts has lead to a desire to come closer to the source of this giving.

Distancing Myself from Expectations

My friend also mentioned, “I definitely want to become so much closer to Hashem and even though I try to go to Shul [Yiddish for synagogue], I still feel a little distant. I don’t want to say that I do more as a Jew than most people I know, but I just feel distant I guess.”

I’ve definitely been there. It’s hard to get close to something you can’t see. However, when it comes to the other more tangible relationships in my life, I think of the people I feel close to, the people I don’t, and the people I want to be closer to. Then, I imagine why I’m close to some and not others?

I’ve learned that it’s all about giving.

In Hebrew, the word ahava means “love” which also comes from the root ahav meaning “to give.” Love is so abstract, but it’s also absolutely not. In order “to love” something or someone, you have to give to it without expectations in return. Expectations mean you deserve something, and if you don’t get it, you feel disappointed, upset, or angry. Those feelings cut off a relationship. I think this is really deep seeded arrogance because only G-d knows what you truly deserve and what you don’t.

As man is created in the image of G-d, the more I learn to give without expectations, the more I develop an “affinity” or “love” for the object to which I give.

I needed to reinforce the belief that even with cancer; G-d is still unconditionally giving to me. The more I felt this appreciation the more my mindset shifted when thinking about what I perceived as good or bad in my life. Many thoughts of expectations transformed into thoughts of thankfulness for what I already have. As a result, I’ve been able to practice the mitzvot (good deeds), pray with more kevanah (Hebrew for intention) in synagogue, and follow the commandments more happily. This is how I have worked to give back to G-d, connect with the source, and develop a genuine relationship, which in turn looks like a “religious” lifestyle to the people around me.

A relationship is not all about the good times though. It’s also about the really tough times that you don’t see coming. They might even hit you in the face like a heavy sack of potatoes.

Getting out of The Matrix

When I was officially diagnosed with cancer I found it to be my ultimate test of faith and trust to date in my relationship with G-d. Even though I had faith there is a G-d, I really had to trust He was going to work this out and that was nerve-racking. Oscillating between the thoughts of where I should or shouldn’t be and what I should or shouldn’t be getting would have initiated a mentally debilitating ping-pong tournament to no end. I was forced to ask myself, do I really believe in all of these Torah (Old Testament) and “religious” observances I’ve been learning and living? Can I still maintain my faith in G-d while strengthening the trust that there is meaning to my pain and that my ultimate good is in G-d’s plan no matter what happens?

This is where the rubber meets the road. It’s literally a plunge.

Even though I cried in pain, I wasn’t necessarily angry or afraid – I was more so in awe of G-d. In the book “Man’s Search For Meaning,” Victor Frankel expresses that pain without meaning is suffering. Pain with meaning is purpose. That’s the key to what keeps me positive. In Tehilim (Psalms), chapter 77 verses 10-11, it says: Has God forgotten how to show graciousness? Has He shut off His love because of His wrath? But I say, it is to inspire us with awe and bring us to repent that the right hand of the Supreme G-d has changed from bestowing good.

Cancer could have easily negated my belief in G-d. I like to think that I’m think I’m a good person. Why would such a bad thing happen to a good person? What hit me so hard was that I realized I was not in control. It was both a monumental wake-up call and incredibly freeing. Over the past few months that realization has begun to shatter many chains that have held me back in other areas of my life like a domino effect. This is a reoccurring theme on my blog. If G-d could easily give me cancer, which looks like He is shutting off his love for me, then I realized that it must be just as easy for him to help give me the things that I actually want.

First, I needed to humble myself. I heard recently that humility isn’t thinking less of yourself – it’s thinking about yourself less. I needed to make myself more receptive by not worrying about so many things in my life. All of these worries essentially protected the insecurity of my ego, which has exhausted me for so many years and blocked my ability to receive.

All of the expectations I had about how my life was supposed to go, along with the limiting beliefs about myself simply withdrew from my being after getting diagnosed with cancer. This created the space for my spiritual vessel to be properly molded into the shape of a funnel instead of a blockage.

I never expected to get diagnosed with cancer. If this broken expectation turned into complaints, stress, worry, fear, anxiety, or depression, then I’d be clogging my vessel by telling the orchestrator of The Universe that I don’t have faith in Him or trust His plan – I know better! However, I’ve found that with cancer, I actually don’t know better. The growth I’ve experienced (no pun intended) since my diagnosis has been unimaginable. So I tell myself to lighten up, relinquish control, and internalize that G-d really knows what’s best for me.

Cancer may threaten my physicality, but the blessing is that it has paradoxically given me an upgrade to my outlook on life. Once I shifted my perspective, I began to download this mental and spiritual software update, which has in turn positively affected my physical wellbeing. When I was receptive to coming closer to G-d in light of the circumstances, thus creating a funnel instead of a blockage, things started to flow into my life like magic. Cancer has helped me learn how to better nullify my ego and fill me with more calmness and love. The happiness I have felt over the past few months is a result of this spiritual nourishment.

This discovery tells me that faith and trust plus giving without expectations are the raw ingredients in my recipe for a sweeter existence. Blending them together is my first step in creating any lasting and meaningful life that I am grateful for, whether it’s viewed as a “religious” one or not.

I think this is the beginning of a beautiful relationship. 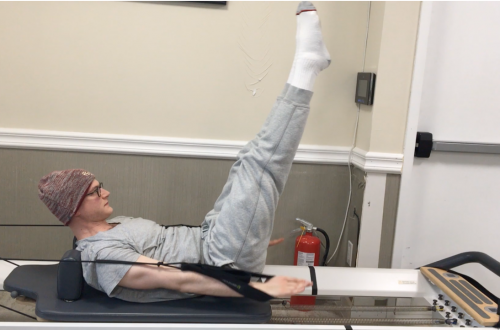 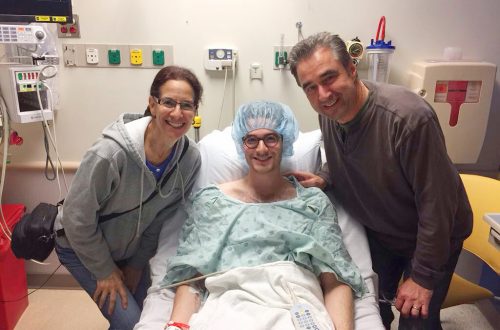 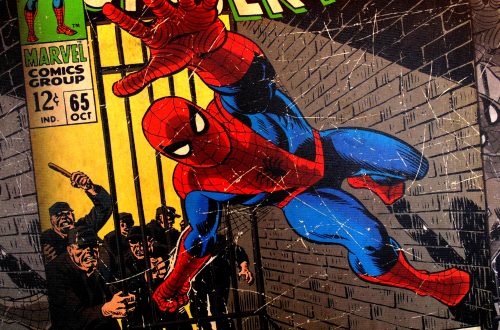 4 thoughts on “For The “Love” of G-d, It’s Not About Being “Religious” – Faith And Trust Come First”